This site offered a number of particular challenges located as it is on the side of a steeply sloping valley in a small rural village in Herefordshire. It’s also located on the edge of the Malvern Hills AONB (Area of Outstanding Natural Beauty). The plot was also occupied by a cottage of some minor local significance.

Sadly, the cottage had been neglected and allowed to decay to such an extent that it was no longer viable to repair and restore the original fabric without substantial rebuild. Also, being an old cottage, the room shapes and sizes were very restrictive and did not lend themselves well to modern living.

The plot was extremely generous for the cottage and the Client initially requested that I produce design proposals for an additional dwelling alongside the original cottage. The local planning authority, through a pre-application advice submission, acknowledged that such an approach was appropriate and would receive they’re support.

Following further consideration of the condition of the existing cottage, and its orientation on the plot, the brief was modified to allow for replacement of the cottage rather than retention. It was obvious that, rather than just two new dwellings, the plot lent itself to three reasonably sized family homes.

In preparing the design proposals I determined that a homogeneous approach to the design was appropriate to reinforce continuity.

The detail design of the individual dwellings was influenced by the site topography and I decided that a split-level floor plan offered interest in the layout as well as providing a practical solution avoiding unnecessary construction costs. The subsequent house design creates a compact but generous four bedroomed family dwellings set in attractive individual plots.

An application for outline planning permission followed which, after considerable negotiation, was granted and the Client was then able to decide how best to dispose of the site, either by selling on or developing the site himself. 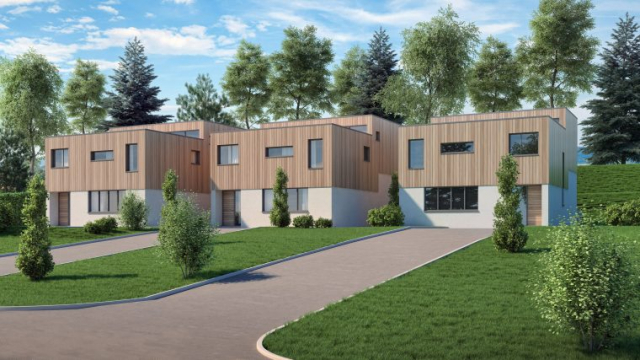 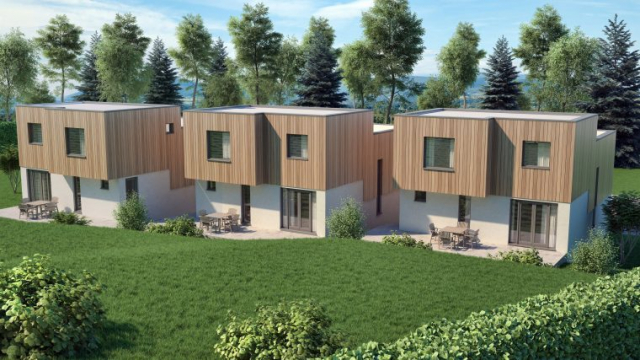